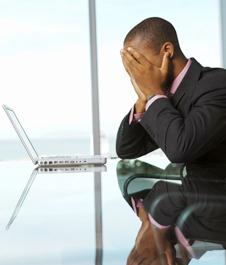 "Seeing CHaRM operate has shown how things should be done"

Why is it so important to follow a procedure in disciplinary and dismissal situations?

Of the top 10 employment law cases of 2021, 9 resulted in unfair dismissal decisions, with awards against the employers ranging from £15,000 to £2.5m. Four of those cases were lost because of a failure to follow procedure, including failure to conduct a fair and proper investigation. Another failure was because the employer failed to follow their own absence procedure. Some of the other cases lost by employers were because the decision made was unreasonable, which is the other test that employers have to pass.

Even for those staff under two years, it is important to follow a straightforward three step dismissal process to protect your business from a claim for discrimination, with an unfair dismissal claim tacked on for good measure. A simple three-step procedure takes minimal time and may save significant costs later on. It will also help you to make the best decision in the circumstances, to enable you to pass the reasonable test too.

For a little bit of time up front you could be in a much stronger position when you are called upon to defend your actions and decisions. Even with the apparent freedom in dismissing employees with under two years' service, a proper process needs to be followed to avoid the risk of discrimination claims (for which no service is required). Canny ex-employees have been using the discrimination and whistleblowing legislation to get around the service requirement in order to bring a claim at Employment Tribunal. When those ex-employees are supported by no-win-no-fee solicitors who know what they are doing, it can put you as the employer in a difficult position if no attempt has been made to follow a proper process for dismissal.

Our guidance below is specifically for any dismissal for anyone with under two years' service, but if you are in a disciplinary situation with an employee with over two years's service, it is even more important that you follow the proper procedure, including the 'informal' investigation part of the process. If you would like any assistance with disciplinary or dismissal procedures to ensure you are safe from any claims, we would be delighted to help you.

The documents concerned in this process will have to be written in a certain way to protect the organisation. If you are in this situation and need help writing the letters and conducting the meeting, the friendly HR team at CHaRM are here to support you.

Both processes are designed to help employers to reach the right decision for their business, within the range of reasonable responses for each type of conduct or performance issue. Contrary to popular belief, employment law is not weighted in favour of either party. All employers have the right to employ who they choose and if someone is not right for your business, as long as your decision is reasonable and the correct procedure has been followed, the dismissal should be fair. It is good practice to follow procedure and we would strongly recommend taking the time to do so before any decision is made.

When any claim is lodged at a Tribunal the ex-employee will be asked if they wish to consider early conciliation. This involves trying to reach a financial settlement from the employer. If the employee refuses conciliation the claim goes on to a Tribunal. The employer can also refuse conciliation when ACAS approaches them, in which case they will receive the usual employer's response to complete prior to the case going to Tribunal. If however the employer does say they are willing to conciliate, the scrutiny of the process followed will take place at that point, in order to determine whether or not there is a case to answer. As with all things, who you get as a Conciliator will impact on how well the conciliation process is conducted, but in our experience the ACAS conciliators have, in the main, been well balanced and they have managed the expectations of both parties during the early conciliation process. If you do not participate, the early conciliation period will pass and if the ex-employee is set on going to Tribunal you will receive their claim and will be required to respond within 28 days.

If you have followed a proper process and have spent a little time up front following the proper dismissal or disciplinary procedure, the likelihood is you will not have to part with any money by way of settlement. That would be a good result, not only for you at the time, but also for employee retention and engagement. The message that you are a good employer will be clear.

Please use the form below for any enquiries.