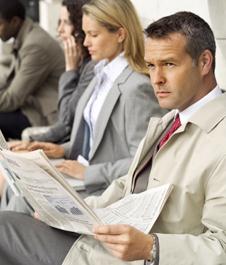 Whistleblowing dismissals - confirmation that liability is extended to individuals

Under the Employment Rights Act, workers who make a “protected disclosure” are protected from detriment for blowing the whistle and if they are an employee they are protected from being dismissed. If a worker is subjected to a detriment by a co-worker and the detriment is carried out in the course of that individual’s employment, the whistle-blower can take action against both the co-worker (for detriment) and the employer (for unfair dismissal). This is not new, but a recent case has highlighted that where it is appropriate, the tribunal will not hesitate to find against the individual co-worker as well as the Company that employs the whistleblower.

The implications for employers, particularly senior managers and directors who instruct others to dismiss or show detriment to whistleblowers, is that they can be held personally liable for their instruction to dismiss and/or their part in any dismissal, or other detriment, of that whistleblower. Both unfair dismissal and injury to feelings can be claimed by the whistleblower, which means that employees may bring both types of claim in these circumstances, leaving anyone who was instrumental in taking the decision or carrying out the dismissal vulnerable to a claim.

Any decision to dismiss a whistleblowing employee must be taken only after careful consideration and in line with any relevant policies. If you do not have a whistleblowing policy in place we would recommend that you introduce one, which should outline what constitutes a protected disclosure and who that disclosure should be made to. As always we can help with that should you require assistance.

The Company in the case above has gone into administration, not surprisingly as the compensation awarded was £2m. Mr Osipov is now seeking to recover that amount from the two non-executive directors. A salutary lesson for all involved!